A captivating, one-man, theatrical variety show, Paul Isaak has 25 yrs of stage experience performing all across North America and has shared the stage with such artists as John Mellencamp and the Beach Boys. He’s been featured at international festivals, on board cruise ships, at many corporate conventions, and even on movie sets. He combines skillful juggling, quick wit, and audience participation into a hilarious, on-stage spectacle sure to delight crowds of all shapes and sizes.

Brought up in Calgary, Canada, Paul Isaak has been a performer for the majority of his life. The father of three children, Paul is constantly surrounded by moments of laughter and joy. His goal is to bring more mirth to a world that often overlooks the joy in everyday living. 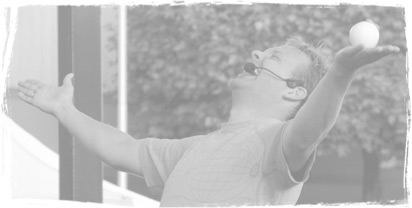 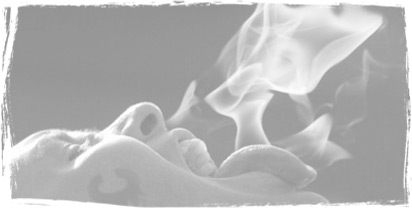 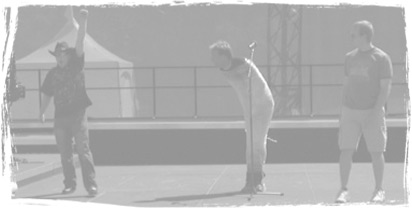 More than just a juggler or a comic, Paul Isaak is a captivating one-man theatrical variety show — ideal as an opening act, an emcee, or your entertainment headliner. Perfect for Staff Parties, Festivals, Public Events, Conferences, and other Community Events. From the moment he sets foot onstage the audience is captivated by his energy and enthusiasm, as he lures all spectators into joining him on a comedy roller coaster ride which leaves them breathless.

Some of Paul's Routines Include:

Diabolo Juggling: Paul spins these traditional Chinese juggling spinning tops on a string, in a graceful and artistic performance. He interjects comedy to keep the crowd in stitches throughout this awe inspiring juggling performance.
Shaving: Give Paul a Machete, some shaving cream, and some appropriate background music, and you'll witness the fastest close shave in the world.
Unicycling: Paul is about to juggle, while riding a six foot tall unicycle. What could possibly go wrong, except - EVERYTHING!!! This comedy routine is a sure fire hit with crowds, and turns a member of the audience into a super star.
Fire Juggling: Do people want to see an artistic routine, based on skill, and years of practice? Of course not, they want to watch some fool get burnt! Fortunately Paul Isaak gives the crowd a little of each, as he lights up the stage with fire juggling.
Saran Wrap Escape ©: This escape would have put Harry Houdini to shame, and is so unbelievable ridiculous that crowds are dumbfounded as Paul is wrapped from the neck down in tens of thousands of feet of Saran Wrap — always a crowd favorite!
Fire Eating: If you think there's a trick, think again. Paul is the real deal. A genuine, honest-to-goodness fire eater. Often combined with his fire juggling routine, you'll witness fire eating performed by a funny juggler (who's a very messy eater).

Although Paul comes equipped with a box filled with shiny juggling toys, playing to the audience is the trademark of his show. He's mastered the art of working with each audience to bring out the funny side of individuals in the crowd, turning volunteers into the stars of the show. He takes time during each show to get to know the crowd, often leaves the stage to perform right in the middle of the audience, and to ensure that the crowd knows him.

He can juggle flaming torches, plates, knives & other treacherous toys, can bounce juggle five balls, shave with a flying machete, eat fire, and escape from the most ludicrous straight jacket ever conceived. Amazingly, even with all of these unique skills, it is Isaak's gregarious personality that is most captivating to the masses. He effortlessly invites each member of the audience to leave their worldly troubles behind and to lose themselves in the moment.

A Sample of Some of Paul’s Past Clients

Contact Us to discuss booking Paul for your event.

"He mingled with our group before his show to get a feel of his audience for the evening. I was impressed by how he involved and warmed up the crowd into his routine. Good clean fun enjoyed by all members of the audience, his skill and dexterity were mesmerizing."

"Standing room only crowds — a high energy, fast paced show along with lots of laughs."

"Paul has so much infectious enthusiasm, his juggling ability is top notch, and his comedic routines kept the audience laughing right along with him."

"His presentation of "Juggling, Life, Balance" was unique, thought provoking and exciting. My staff enjoyed every minute and as I looked around the room, I saw smiles, and listened to genuine laughter."

"He has a magical way of interacting with the crowd - they become very involved in his show."

"Paul Isaak proved to be the perfect choice for our Christmas party. He read the audience well and seemed to have no difficulty engaging them. He worked the room well, and coordinated with the facility tech to get best results with the sound system. He arrived early to get set up, mixed well with guests over dinner and was very well groomed to give a very entertaining performance."

“He is versatile, professional, and easy-going; a true pleasure to work with.”

“Paul excels at personal contact with his audience and thrives on their reactions.” 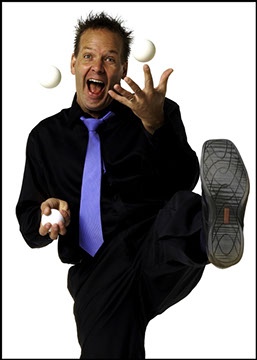 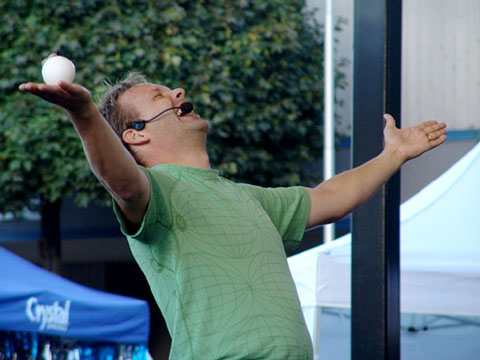 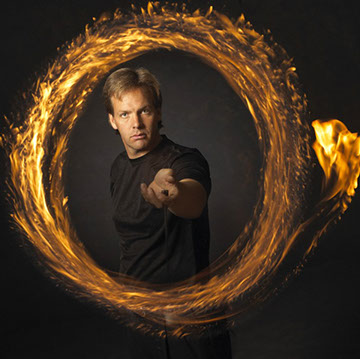 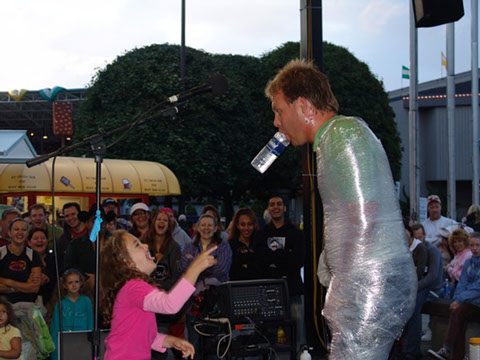 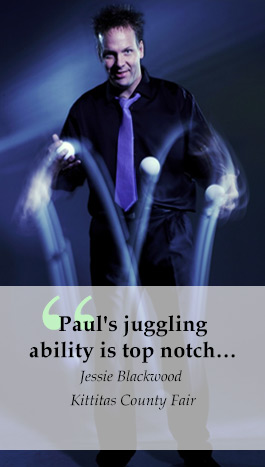