Don Bryan is widely acclaimed as one of the world’s top ventriloquists working today and recognized as a leading expert in the lost art of creating and carving ventriloquist dummies. In more than three decades of performing he has appeared on national television in Canada and the United States and performed in many different fairs and festivals across North America. With his hilarious characters, innovative style, and flawless timing, Don is one of the most accomplished ventriloquists to walk the stage since Edgar Bergen. 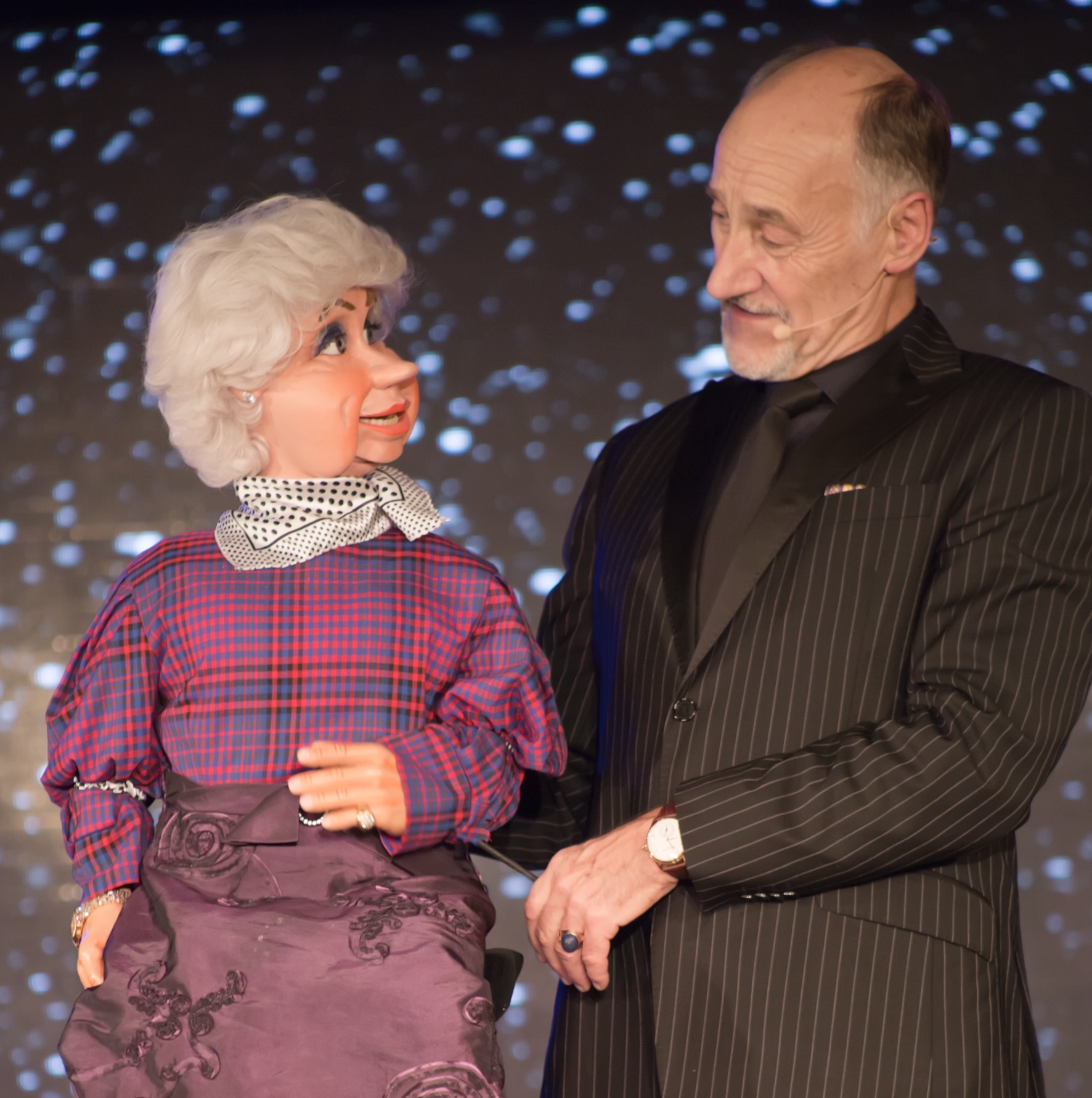 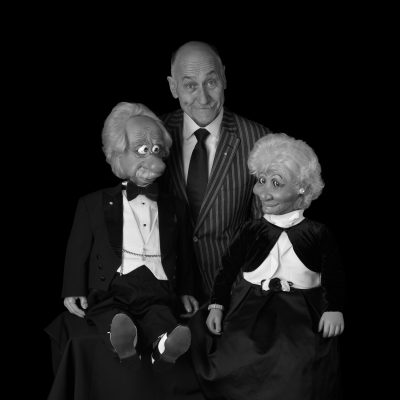 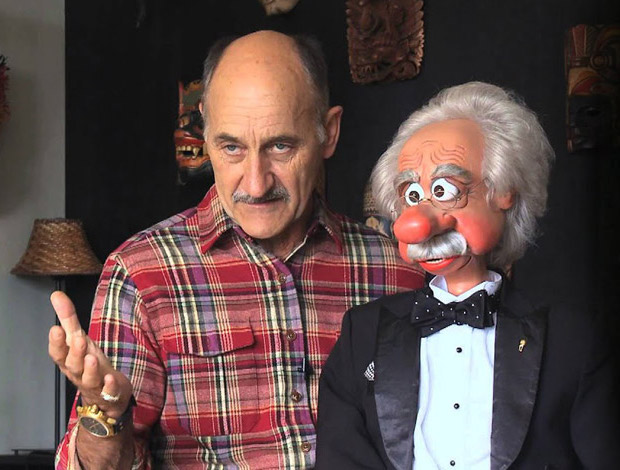 Canada’s premier ventriloquist/humorist has been entertaining audiences around the world for over 35 years. As one of the most highly acclaimed ventriloquists in the world, his fast-paced, hysterically funny and completely customized presentations combine to delight even the most jaded audiences.

Don works with four characters; his long-time partner and main character is the unforgettable Mr. Noseworthy, a rather rambunctious, but loveable old curmudgeon who was created by Don over 35 years ago. His other characters include: the sweet old Miss Annie, a naive bumpkin Chester Field, and a tired old buzzard, aptly named, Bird. Sometimes these characters are even left alone on stage but still move and talk on their own; a unique presentation that is both surprising and very funny!

Don works with the audience and brings them into the show, always resulting in humorous situations and creating bursts of laughter from the crowd. All shows can be geared and customized to a specific group, and adults and children alike are entertained and amazed at his skill. This is a seasoned performer; Ventriloquism at its finest!

Don Bryan has appeared in concert with Trisha Yearwood, Dolly Parton, Eddy Murphy, and George Jones to name a few. Don’s experience and reputation keep him in demand as an entertainer for corporate events as well as on cruise ships like Holland America, Crystal Cruises, and Celebrity Cruises.

Don has also written an extensive book about ventriloquism called Guess Who’s Talking. The book is all about ventriloquism, how to do it, the techniques of voice manipulation, and creating the illusion of throwing your voice. In addition, the book includes a bit of history of the art form and its earliest practitioners, as well as a personal section about Don’s beginnings and first attempts at building puppets.

Contact Us to discuss booking Emma Rouleau for your event.

“At first, I was nervous about having a ventriloquist emcee a prestigious event such as our corporate awards program… the opening routine with you and Noseworthy set the stage for a relaxed and enjoyable event… Don, it was a great success and you are a true professional. I would not hesitate to recommend you to any organization that wants to ensure first-rate entertainment and great audience response.”

“This year marked the first time that we have introduced professional entertainment to our meeting format and the response we have received from our members is one of sincere appreciation and gratitude.. not to mention a great deal of laughter and hilarity! Everyone appreciated the background information you were able to use in customizing your presentation to our audience.. once again, our warm thanks and appreciation!”

“First, let me say that Mr. Bryan is the consummate professional and a true joy to work with. That aside, this is a very, very funny man! His act had several of our delegates in near physical distress they were laughing so hard. His performance was outstanding, his material sharp, his delivery precise and very, very enjoyable.”

“You should be interested to hear that, months later, I am still receiving comments about how wonderfully entertaining Don was and what an hysterically funny performance he put together for our clients. I am so glad you introduced Don Bryan to me. He turned out to be just what our audience needed; people were laughing so hard at he and Noseworthy’s antics I felt sure they would collapse on the floor. .. he was absolutely perfect and it was obvious that he had done his homework.. Thanks again!”

“Noseworthy, and yourself of course, were simply outstanding. Our group, pretty tough to entertain at the best of times, found your humour to be irresistible and in fact many have challenged us to maintain the high standards you set during your performance. Our task is daunting however we approach it confidently with the thought that there must surely be another Don Bryan out there.”

“Our recent Western night was an ideal setting for you and your doddering cohort, Noseworthy, his girlfriend and the Buzzard, to showcase your team talent. Your smooth routines, mixed with some clever and intuitive spontaneity, were well-received by a large and extremely diverse after-dinner crowd.” 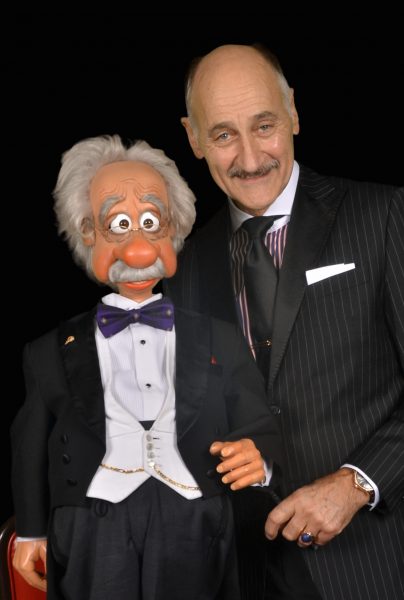 “His performance was outstanding, his material sharp, his delivery precise and very, very enjoyable.” 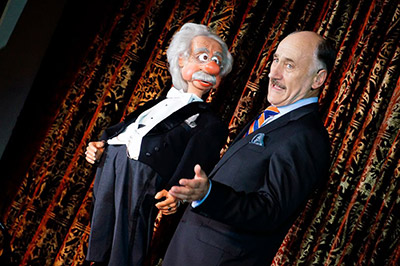 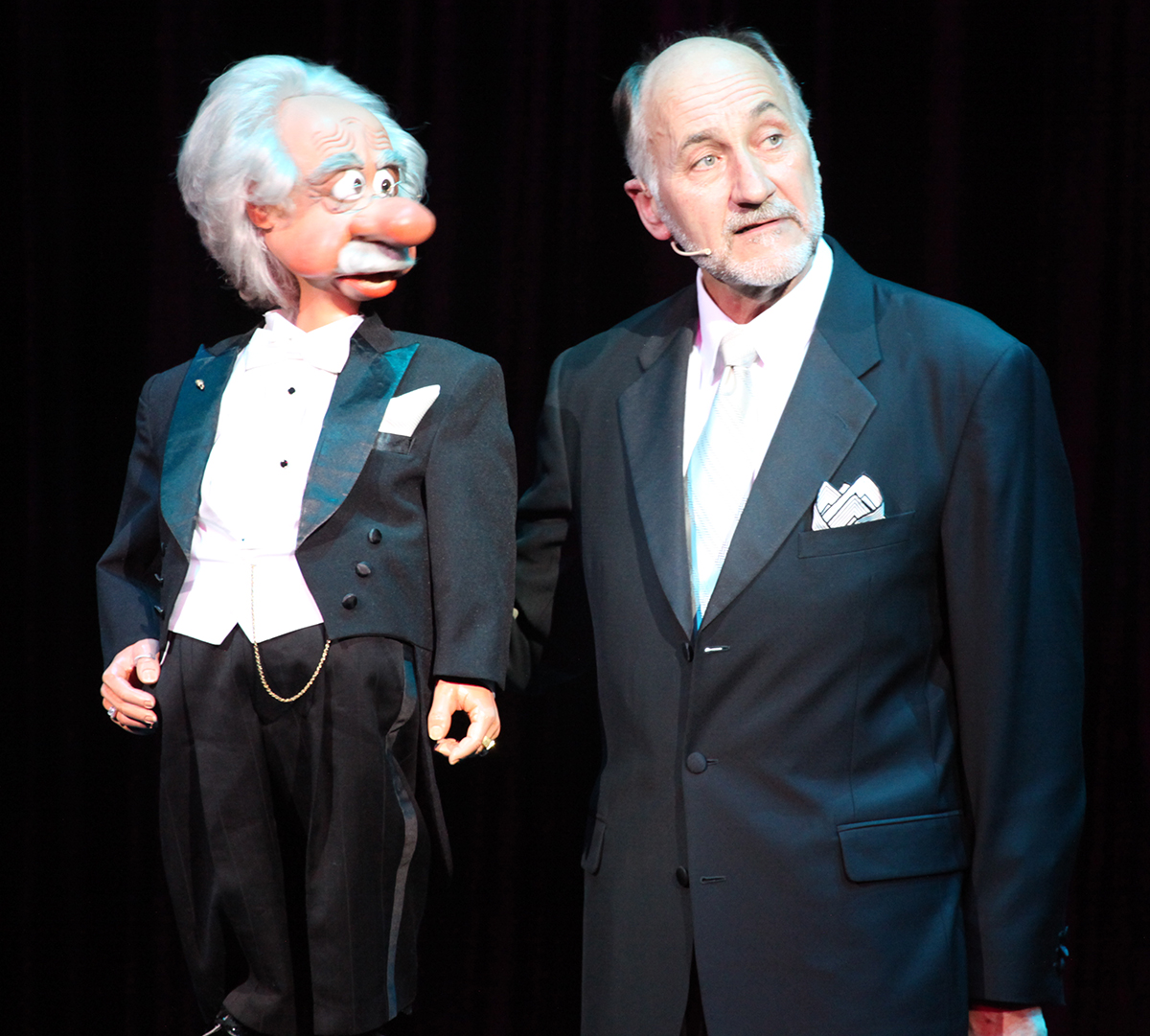